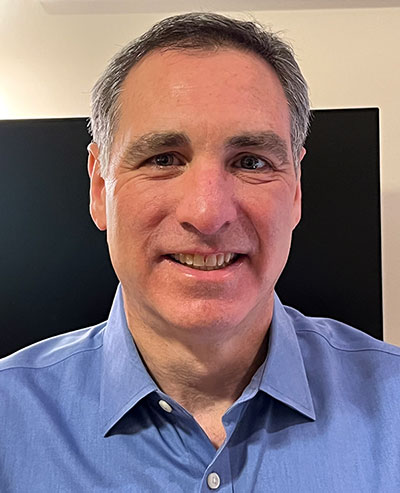 In 2004 he was named president, overseeing all internal operations including media services, and then became CEO in 2007. During Jim’s leadership as CEO, the company transitioned from an offline media buying company to a fully integrated digital and offline marketing agency with more than 50 people. In-house creative and data & analytics departments were formed, in addition to building full-service digital media capabilities in 2010. A decade later, more than half of the agency’s billings are generated from digital marketing. The company acquired Media People, a print media representation firm founded in 1976 by his father, Ed Kabakow, providing the agency with media sales resources, in addition to its existing insert program management.

In January 2020, he led the company’s acquisition by CNG Inc. under its Lindenmeyr Publications Group, which provides paper procurement, management and consulting services. Jim remained with the company full time until September 2022.

Outside of work, Jim has taught direct marketing at Western Connecticut State University, and has held board positions at Marketing EDGE (formerly Direct Marketing Educational Foundation) and Smart Kids with Learning Disabilities. Loving baseball, he was a coach for 11 years and then a board member for Westport Little League. Jim is a graduate of Tufts University with BA in Economics. He and his wife Alysa have two grown sons.

The Customer (TC): What drew you to marketing when you first started in this industry?

Jim Kabakow (JK): I had an opportunity to get in on the ground floor of a start-up agency, which led me to leave finance for a career in marketing.

TC: Tell us about one of the biggest changes you’ve seen in marketing over the course of your career and why it stood out to you.

JK: Analytics. Clients’ expectations have increased exponentially in terms of depth and speed. When I started, clients managed analytics in-house on mainframe computers and sent them to agencies. Now agencies manage the process and report results back to clients.

TC: Who is one person that most profoundly affected you in your career? How so?

JK: Howard Magill. He was the circulation director at Dow Jones and one of my largest clients in my first 10 years in the industry until he retired. I learned so much working with him about media, marketing, and people.

TC: Do you have a favorite client story or project story to share?

JK: Yes, stay tuned – because I’m sure to tell it during the Silver Apples Gala panel discussion.

TC: What’s the best business/career advice you have ever received?

TC: What’s one key piece of advice you’d give to a person choosing to enter the marketing world?

JK: Learn as much as you can and build your skills in an area that you like and excel at. Grow and maintain your network, particularly with people who you feel will be influencers in their careers.

TC: What do you think will be the biggest topics we’ll be discussing in marketing next year?

TC: What are a couple of your favorite outside interests?

TC: Do you have a hidden skill?

JK: I can juggle. It’s the most useful skill I learned in high school.

TC: Maybe you can show off those juggling skills during the 2022 Silver Apple Gala!

Photo by Hannes Richter on Unsplash.