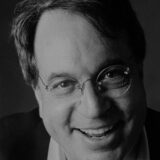 “Cheap” is the rational part of decision-making. Consumer expectations are the emotional part.

Everyone should have a mantra. That’s a group of words believed to have restorative, even magical powers. It’s derived from the Indo-Aryan Sanskrit word, man, meaning, “to think,” hailing from the northern midlands of the Indian subcontinent. Neuroscientists have proven the sounds and language of mantras can influence the behavior of those who use them. If you’re a marketer or researcher, here’s a mantra that can add a little magic to your efforts: You need to know what people think, not what they say they think, and you really need to know what they expect.

Feel free to follow that up with an “Ommm,” if you want. But the words should really be enough because it’s not so much a mantra as a universal truth. For example, consumers may say they want “cheap,” but that’s not what they really expect. Oh, sure, everyone wants to pay as little as possible for, well, everything, but it’s not the way they’ll actually behave when they get around to factoring in what they really expect.

Following this particular path, a few years ago we wrote about the Nano, from India’s Tata Motors. It sold for under $1,800.00. No, not a typo. It was priced to drive off the lot at just under eighteen hundred bucks! Sure, this was the Indian market, but they came up with an economical car because the target audience said they’d buy a car if it was “cheap.” And it was. But cheap in ways nobody expected.

Low sticker price, sure. But the car, too. It had a tiny, 0.6-liter engine with only 33 horsepower. The front and rear bumpers were plastic, and the construction was glued, not welded. Seats couldn’t be adjusted. It had only one side mirror, one windshield wiper, hand-cranked windows, a manual transmission, no airbags, hubcaps, or radio. And no AC. Or an external gas cap. Or a trunk with access from outside the car. It didn’t even have a glove compartment. The engine kind of sounded like a broken lawnmower, but on the upside, it got 50 miles to the gallon. So, what’s to complain about? Basic car? Sure. Cheap? For sure. That’s what consumers said they wanted, after all. And there it is! The say-versus-think paradox.

Automotive brand success – all brand success, for that matter – is based on how well a brand meets consumer expectations. Whatever the category. Regular readers will recognize this as a regular theme. And it is. Expectations drive behavior (no automotive pun intended). They vary by category and demography and geography, but expectations are emotionally-driven, so the real ones, the important ones, tend to go unarticulated.

To further confound things, consumers don’t they don’t say what they think, don’t think how they feel, and they don’t do what they say. Brands that are able to meet real consumer expectations always do better in the marketplace. But it helps if you have some idea of what consumers expect. Because folks said they’d buy something cheap, Tata Motors produced a cheap car. A really cheap car. They were sure it was going to be big for them. Because people said they’d buy a cheap car.

But after a few years, sales ran out of gas (that pun was intended). Why? Because adding the occasional pun adds a bit of whimsy to columns like these. Oh, why did sales peter out? Well, even though consumers saidthey wanted “cheap,” there’s cheap (as in price/rational) and there’s cheap (as in image/emotional). So, while consumers didn’t say it, they felt it, and when they finally got around to thinking about what they felt – SPOILER ALERT – what they expected was a more upscale car. Oh, and a glove compartment! Final score, emotions 1, Tata Motors 0.

Which shouldn’t have come as a surprise to anyone because 1) Expectations for automotive imagery, i.e., the right brand for me, are really, really high even among price-sensitive, lower-income consumer segments, and 2) It didn’t have a glove compartment! So, Tata brought the Nano brand in for a tune-up, looking to move it from “cheap” to “cool.”

With that in mind, the new model had hubcaps. If you’re thinking, “What’s the big deal, I expect a car will have hubcaps,” let me just say, “Aha!” They added a Bluetooth-enabled stereo and a more comfortable interior. Oh, and chrome trim, because chrome is shiny and, apparently, cool. And a glove compartment. Glove compartments are definitely not components of cool, but it turned out they were expected! The top-end Nano cost twice what the original models cost with a new advertising tagline, “Celebrate Awesomeness.” But when it came to “awesomeness,” folks expected something more. A lot more, apparently.

Which is why it’s a good idea to measure what your target audience expects before you really disappoint them – and your shareholders. Which Tata ended up doing. Disappointing consumers and shareholders, I mean. It sold only one car that year. So yeah, fair to say sales were also lower than expected.

On the issue of discontinuing the Nano, the company said, “Decisions on product life cycle is a holistic view taken after considering the market developments, regulations, and emerging competitive landscape. Any such decisions are announced as and when it’s taken.”

Which is a perfectly rational explanation for shutting down an assembly line. But a pretty crappy mantra when it comes to explaining away consumer expectations.

Photo by Samantha Sheppard on Unsplash.

The post Passikoff: And Your Marketing Mantra is … appeared first on TheCustomer.