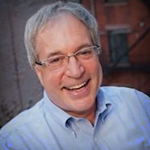 Email is not like duct tape. More is not necessarily better!

It’s estimated professionals (no specific definition provided, but assume away), receive an average of 280 emails a day. If it seems like more, estimates are 334 billion emails will be sent and received this year. Up nearly 5% YOY. And, if you’re like me, you’re probably feeling most of them end up in your mailbox!

Have you also noticed the uptick in emails over the past few months? Yeah, me too. I probably shouldn’t be surprised. The avalanche of Black Friday sales emails I received should have been a clue. Although that was back in August! I shrugged those off figuring it was ”Oyster Marketing Theory,” i.e., “The first man gets the oyster. The second man gets the shell.” Or, if a consumer’s going to buy, say, a tie for Uncle Jack for Christmas, and they buy it from Brand A sooner, it’s a pretty sure bet they’re not going to buy a tie for him from Brand B later on. So, getting out early is thought to be better, even though Black Friday is officially the day after Thanksgiving. So, not August, but marketers will be marketers! Brands have been holiday-marketing earlier and earlier (and earlier), and there seem to be more and more (and more) emails every day. Coincidence? I think not.

Email marketers claim emails deliver increased ROI. I have no data on that, but they sure seem cost-effective. A diamond may be forever, but when you’re on an email list it’s an eternity! “Unsubscribe,” you say? Well, if you can find the white-on-yellow “unsubscribe” link in the 8-point type hidden at the bottom of the email, enter a code, tell them the reason why you’re unsubscribing, and give them a DNA sample, easy peasy. OK, no DNA. But you’re not getting away that easily, that’s for sure.

Email marketers say emails are all about building relationships. Well, they would, wouldn’t they? It’s what theydo for a living, after all. What I do for a living, on the other hand, is measure things that ensure brands better engage with customers. You know, build stronger relationships. Do that, you increase loyalty, sales, and profits. Whatever the platform. BTW, there are brand-based tools, which recognize consumers engage with media differently dependent on how they engage in a category. Tools like that enable brands to get very specific about brand strategy and outreach. Including emails. Just saying. And sure, there is lots of SPAM, but most of what’s cluttering your digital mailbox isn’t SPAM.

Based on a new survey we conducted (updating a 2018 benchmark wave) I can confirm too many emails can be bad for a brand’s engagement health. Meaning they’re not building relationships. More like demolishing it. Again, I’m not talking SPAM here. You don’t need a study to tell everybody hates SPAM, although I’m sure there’s one out there.

No, these are insights according to 2,208 consumers, 16 to 55 YOA, who initiated the emails from the brands they evaluated. These consumers reached out in some way, signed up in some way, got a discount code, or had some interaction with the brand. They invited the emails – they just didn’t count on so many! The only thing that’s changed in four years is that too many emails have turned into waaaay too many emails. And too many emails still result in brand disengagement, which reduces loyalty and positive behavior. Which doesn’t sound a whole lot like “relationship building” to me. Others may disagree. But they are wrong.

Forty percent of the brands on this year’s list of brands-sending-out-waaaay-too-many-emails are new. Likely a nearly-post-COVID consequence. Amazon and Groupon are at the top of this year’s list, but they were the only two brands where consumer engagement increased significantly. That’s good.

The other 85% of the brands on the list showed significant or directional decreases in consumer engagement, which correlates with lower levels of consideration, purchase, and loyalty. And that’s bad.

So, unless your definition of “relationship building” isn’t what it appears to be at first, second, or 32nd glance, too many emails aren’t exactly delivering the promise of better brand-to-consumer relationships. Emails are not like duct tape. More is not necessarily better!

Brands consumers felt were sending too many emails too frequently included the following. Numbers in parentheses indicate their 2018 rank.

The COVID pandemic changed the marketing paradigm for a lot of brands, just as it changed behavior for consumers. What I can unequivocally say today is, while there may not be a perfect formula for how many emails are too many emails, listening to your consumer is probably the best first step.

Because if it feels like too much to them, it probably is!

Photo by Diana Light on Unsplash.

The post Passikoff: Email Marketing for Fun and Profit. And Loyalty. appeared first on TheCustomer.