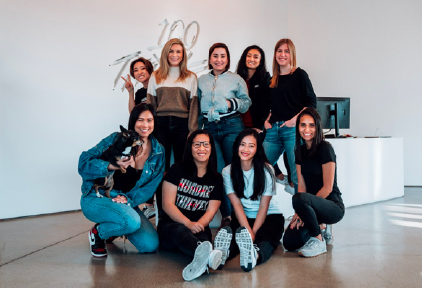 Over the past few years, the gaming industry has become an outlet for millions of people to experience new narratives from the comfort of their homes. As more people seek out how to build their own stories using the lens of games, gaming has moved from the fringes to the mainstream, providing fresh new ways to participate in and tell new stories. With hundreds of thousands of eyes on the gaming industry, we thought we’d sum up some of our observations and what they mean for the shifting cultural landscape.

Now, content houses are going beyond one-off brand partnerships and towards new models of collaboration, with brands tapping into content houses’ built-in fan base and doting communities. Lexus recently partnered with collective 100 Thieves to build an exclusive content house to “delight the 100 Thieves community with innovative content and elevated experiences developed uniquely for them.” The luxury car dealer and gaming organization also built out a physical Lexus Lounge where they shoot content for 100 Thieves’ numerous online channels. The successful partnership between the two illustrates the endless potential brands can tap with these new types of content houses. 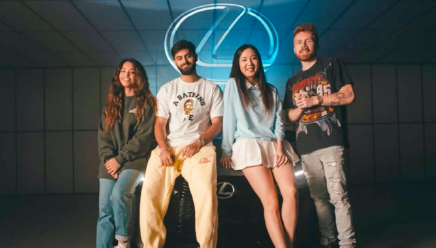 Gaming has long provided a space for creators and gamers to create their own vast, complex worlds, with equally compelling and unique narratives. While some have attempted to adapt these worlds and stories to feature-length films and television series, most have failed to drive a lasting impact for any number of reasons, from faulty plot lines to poor acting. The repeated failures to capture the beloved and intricate stories from video games in these transmedia attempts have generally left viewers discouraged by the game-to-media adaptations. However, Riot Games and game League of Legends’ shows hope for the future of video game-centric transmedia storytelling through its animated Netflix series, Arcane.

Released late last year, Arcane tells the heartbreaking origin story of two of the game’s most memorable champions, Vi and Jinx. Throughout the show, the two sisters navigate a war of politics and power between two cities. Its deep character builds and beautiful animations have spurred fantastic critical reception and overwhelming fan response from around the globe. Riot Games’s success with the League of Legends universe, particularly its recent release with Arcane and several other games, demonstrates the power stories within gaming have, both in and out of game.

For brands, this offers a unique opportunity to interact with gaming studios, artists, and players beyond just in-game items and skins. We anticipate electrifying collaborations in the entertainment space that integrate characters and plots to create interactive brand stories. Through gaming and these new forms of gaming media, audiences can foster deeper understandings of a story and a brand. Done correctly, brands can create immense loyalty from its audience through gaming as an immersive mode of storytelling. 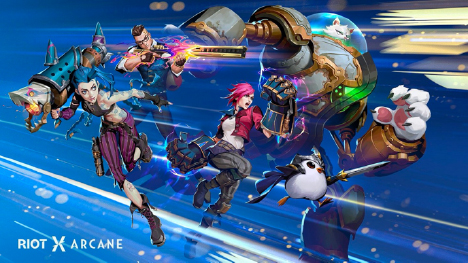 Gaming has been a landscape characterized by a singular narrative: the young male gamer–oft hypermasculinity, Monster, and toxic games in Call of Duty. However, as gaming becomes a common denominator in every house, the influx of new gaming personalities invites in a torrent of new narratives. Of these newcomers, the most exciting are women and other typically underrepresented communities. With platforms like Twitch creating space for all identities, new creators are forging their own legacies in an ever-evolving landscape of gaming.

Leading the way for Drag and LGBTQIA+ streamers is the one and the only DEERE. Part of the notorious Stream Queens–a collective of drag streamers–DEERE is a Twitch favorite with over 56.1K followers. Her streams often have a GRWM makeup look to match the game she’s playing for the day, followed by some top-tier comedic gameplay.

Aerial Powers aka Powerzsurge is not only an WNBA Champion, but a rising star in streaming. Signed to Team Liquid as a Diversity Ambassador and Streamer in early 2021, Aerial aka Powerzsurge has gained notoriety for her entertaining NBA 2K, Valorant, NASCAR Racing, Apex Legends, and Call of Duty streams.

A fan-favorite streamer, Joshseki, is most known for his cheeky Valorant TikToks where he goofs off with his teammates. A beacon of positivity in a particularly competitive and sometimes toxic game, he cultivates a tight knit community of regular viewers that adore his content. He has over 39k followers on Twitch and over 130k followers on TikTok, and we expect him to grow even more soon.

At the foundation of gaming is a desire to experience and tell new stories. The plethora of narratives portrayed through the lens of gaming–be it through streaming personalities, game characters, or competitive players–continues to capture the attention and hearts of this generation. We are sure that this is still just early days for the exciting new stories that will be told. If you think your story deserves a page in the gaming book, drop us a line.

Photo by Matteo on Unsplash

The post Ranked Up: The Next Evolution of Gaming appeared first on TheCustomer.