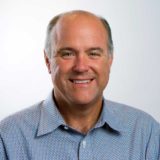 Conversion rates are critical to the success of any business. They measure the number of users that convert to become a subscriber, enquiry, or customer. If your conversion rates are low, it means you’re really not making the most of the traffic driven through your customer and employee data acquisition processes – whether that’s via a website or app.

But why are they low? Previously, marketers would focus on various steps of the consumer journey and how they can be improved with conversions in mind. What they’ve long been ignoring, however, is effort.

In this post, we’ll discuss what effort means for customers and how you can use it to improve conversion rates for your business.

Back to the “why” question

Don’t get us wrong – conversion rates are great. But as a standalone metric, they only tell you the number of users which performed the desired action, whether that’s buying, subscribing, providing data, or something else. Does a brand really understand why they’re converting?  Did they get what they came to buy?  Did they learn something that encourages a return visit?  Far too often site bounce rates exceed 50%. So how do convert when half of your audience leaves you before they experience your brand and your website?

Digging a little deeper, analytics can reveal mini-conversions for each step of a customer journey. Bounce rates, exit rates, and conversion rates show you where users are dropping off the journey or making progress and funnelling towards the ultimate conversion.

But what this doesn’t tell you is WHY they dropped off. There are all kind of reasons why this could happen, from technical errors and excessive gamification, to poor content and weak user rewards, or simply to many messages in the in-box. It might be that you’re attracting the wrong people or over stimulating those that matter, and they eventually realize that the product or service is not for them.

Some of these issues can be spotted by looking at steps in the marketing funnel with particularly poor conversion rate. If the journey takes place on a website or app, with pages needing well above the two second load time recommended by Google, for example, the root cause might be clear. But all too often, there’s no obvious answer – and that’s where effort might be able to fill in the blanks…

The basics of user effort

Effort refers to the measurement of how difficult it is for users to complete the steps you want them to take. To be clear, we’re not talking about a Customer Effort Score (CES), which is derived from customer surveys where they are directly asked to rank how easy their experience was.

Instead, it’s monitored by tracking how many interactions users need to take, on average, to get to the next step in the customer journey. That includes all engagements, from clicks and screen touches on mobile to form changes and submissions.

Why does this matter? The logic is straightforward. If a user needs to complete a lot of interactions, the process is more difficult and they’re putting in more effort. That makes them less likely to complete the required steps or continue to do so in the future. According to Gartner, 96% of customers become disloyal when they encounter high-effort experiences, compared to just 9% for low-effort.

Having a way to quantitively measure effort (rather than relying on customer feedback) could effectively fill in the blanks when it comes to why users aren’t converting. That allows brands to streamline various steps in their funnel and potentially improve their conversion rates for good.

The relationship between effort and reward

As above, one approach related to effort is to minimize what you’re asking users to do. But it’s not a one-way stream. Another tactic is to improve what they get in return.

Researchers from the Queensland University of Technology tested the effect of different rewards on video game players. They found that, when presented with greater and more diverse rewards, there was an increase in participants’ immersion, enjoyment and – you guessed it – effort.

Simply put, users are willing to put in more effort for greater rewards. It’s human nature. It’s the same reason why employees have been found to work harder when rewarded with higher wages. Or why you would be happier to pick someone up from the airport if they offered you $20 compared to $10.

This effort-reward trade-off could be demonstrated by premium products or valuable services, where potential customers might be more likely to jump through hoops to finally get their hands on what they want. But it can also apply to an ongoing process, where users are continually rewarded for their interactions with a brand.

Effort and reward with Earned Data

If customers are having to work hard to provide their data to a company without reward or enjoyment, it simply won’t work. That’s why an Earned Data approach is built on a value-exchange between consumers and brands. It’s earned by the brand by providing engaging, enjoyable experiences which consumers want to come back to.

Our project with Mediacorp put this into practice. As an industry-leading content creator, they wanted to attract new audiences to their TODAY Online site, increase brand awareness and encourage repeat engagement.

They created an engaging gamified campaign with a variety of rewards. Firstly, users were invited to play a different game each week, including Sudoku, Word Search, Trivia Quiz and Pairs Matching. Additionally, the first 20 Singaporean winners each day received redemption codes for prize vouchers.

As a result of the value-exchange, all unique users willingly provided their email address to access games with potential rewards. 24% of them then provided additional data for prize redemption details. After signing up, 63.77% of users played at least one game, and almost half of those came back to play two or more.

With the data collected through their gamified campaign, Mediacorp can engage with their readers on a more personal level. That will allow them to continually provide a more rewarding experience to readers in the future, resulting in more effort and engagement from their audience.

This is just one example of how 3radical can help brands increase engagement, conversions and repeat business from consumers. If you would like to find out more about our customer engagement solutions, don’t hesitate to get in touch.

Michael Fisher, Ed.D, is CEO of 3radical. He is also a board member at TheCustomer and a frequent contributor to this site.

Photo by Markus Winkler on Unsplash.

The post The Problem with Conversion Rates appeared first on TheCustomer.